Douglas deputy to sing in D.C.

Deputy Elzi will perform at vigil for fallen officers 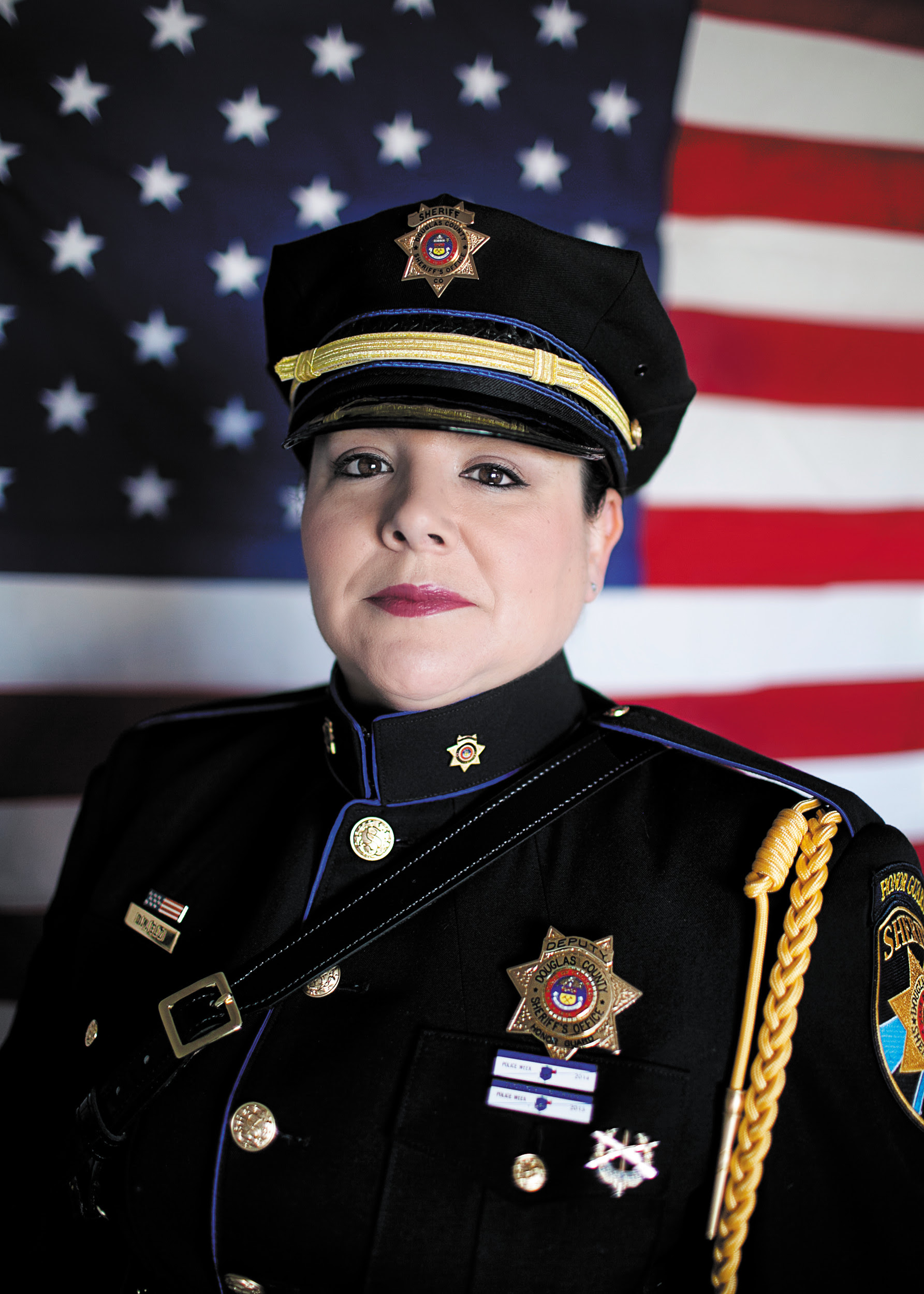 Deputy Dawn Elzi of the Douglas County Sheriff’s Office will be performing the national anthem at the candle light vigil for fallen officers in Washington DC May 13 as part of national police week.
Courtesy photo
Posted Monday, May 4, 2015 6:45 pm
Mike DiFerdinando
A voice from Douglas County will go out across the nation to pay tribute to law enforcement officers who lost their lives in the last year.
Deputy Dawn Elzi of the Douglas County Sheriff's Office will have the honor of performing the national anthem in Washington, D.C., at a candlelight vigil May 13 for fallen officers as part of National Police Week.
Deputy Elzi will be part of a larger honor guard contingent from Douglas County that will be making the trip to Washington. She answered some questions from Colorado Community Media:
How did you end up being chosen to sing?
The Washington, D.C. (Fraternal Order of Police) has a spot on their website where you can submit a demo tape and a little bio and you're basically putting in for singing at the candlelight vigil, which is the big ceremony for the week. The DC sheriff's office is sending me as part of our honor guard to go anyway. When I received my confirmation email that listed the things we would be doing as part of the honor guard, in the email they asked me if I would be available for the national anthem ceremony for the fallen officers. Of course I accepted.
How does it feel to be chosen to sing at such a big event?
I'm very excited. It's quite an honor to participate, period, in the week, but then to be picked for something like that is pretty awesome. There will be agencies there from across the country and some even internationally.
Considering all that has gone on this year with law enforcement across the country, do you feel an extra sense of purpose?
Very much so. It's difficult in our line of work sometimes to feel like we're making a positive difference in the lives of the community and the lives of our brothers and sisters in blue. So I think that it's an honor to be chosen to participate in something like that. Very honored to represent Douglas County and Colorado.
Any nerves?
Oh, my gosh, yes. Of course I'm worried about nerves. Absolutely. I mean I'm human, so I worry about making sure everything is right and that I sound good and make everybody proud.

Congratulations Deputy Elzi and Thank You for your service!

Posted by Bond Squad Bail Bonds at 11:18 AM No comments: